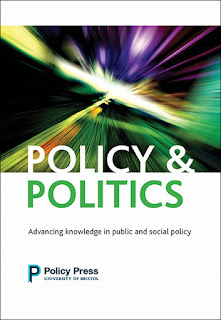 Experts at the Universities of Bristol, Seville and Warwick Business School worked together to collect four years of data from 120 hospital trusts in England. Their research is published in the journal Policy & Politics today [21 February].


On average, £1.2 million a year is spent on consultants per trust  - that's the equivalent of around 20 more managers, 10 consultant doctors or 35 senior nurses.


Despite government pledges to make cuts, annual spending on this advice more than doubled from £313 million in 2010 to £640 million in 2014, and remains consistently high.


This is the first time a study has closely examined this data, categorically showing that more spending on management consultants leads overall to a significant rise in inefficiency, ultimately worsening services.


In financial terms, the annual losses were quite small - £10,600 for each hospital trust on average - but this does not take into account the money spent on consulting which ranged from zero to £5.6 million per annum.  Although a minority of trusts did experience improvements in efficiency, these were the exception rather than the norm.